Prophet Muhammad (ca. 571 - June 8, 632), peace be upon him, is the Messenger of Allah (SWT), and the Prophet of Islam. He is known as the final Prophet and messenger according to the Qur'an and Sunnah. He was also a diplomat, merchant, philosopher, orator, legislator, reformer, soldier and general during his lifetime.

The most definite date of the Prophet's birth that has been recorded is 12th of Rabi' aI-Awwal. Some people celebrate his birthday every year, known as the Milaad-Un-Nabi.

Muhammad صلى الله عليه وسلم grew up outside the city in the desert with the family of Haleemah bint Abi Dhuayb, a bedouin wet nurse who nurtured him. According to the contemporary Arab customs, babies were sent outside the city to bedouin (country) families as they thought the environment was healthier and more suitable for growing stronger children. A number of miraculous incidents is reported to have occurred with Haleemah's family with the coming of Muhammad which includes the ripping of young Muhammad's صلى الله عليه وسلم chest by archangel Gabriel who washed his heart with zamzam water to purify him (taken from Sahih Muslim) .

Muhammad صلى الله عليه وسلم was sent back to Aminah before she went on a journey to visit her husband's grave and died. The boy's charges were taken by his loving grandfather Abd al-Muttalib, who loved him more than his children and always gave him a special treatment. When Abd al-Muttalib passed away leaving his eight year old grandson, it was Muhammad's uncle Abu Talib ibn Abd al-Muttalib, the father of Ali and Banu Hashim's new leader, who took his responsibilities. He remained by his nephew's side until he died some years after Muhammad's prophethood at the age of 40. 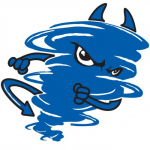 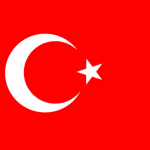